Internode has welcomed the launch of the Apple iPad in Australia with a $299 special price for its tiny MiFi wireless access point, which delivers 3G access for up to five iPads.

The 81-gram MiFi™ – which is about the size of a business card holder – received five-star ratings in reviews this week in Sydney’s Daily Telegraph, Melbourne’s Herald Sun and Brisbane’s Courier Mail, declaring it the perfect partner for WiFi-only iPad models. 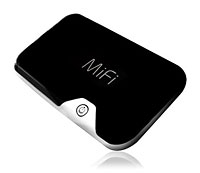 3G-capable iPad models cost around $170 more than the WiFi-only units. MiFi pays for itself when you have more than one iPad or other wireless device connected, allowing them to share a 3G account.

Although the MiFi has a $399 retail price when unlocked and unbundled, customers can buy it for just $299 when bundled with a 24-month NodeMobile Data 3G broadband service.

Internode product manager Jim Kellett said the MiFi was an affordable and flexible addition to the iPad. “This is borne out by reviews which rate the MiFi as the only five-star accessory for the iPad,” he said.