Internode today launches the Huawei E5832, a personal wireless hotspot router that can share a 3G Internet connection with up to three WiFi-enabled devices. 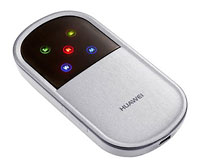 The Huawei E5832 weighs less than 100 grams and fits easily into a pocket or handbag. It can also function as a storage device, via a microSD card slot.

Internode product manager Jim Kellett said the Huawei E5832 provided the ideal device for sharing 3G Internet access among multiple devices, such as the WiFi-only version of Apple’s iPad 2. "It’s easy to set up, has a great battery life and is very affordable, especially if you bundle it with a 24-month NodeMobile Data account," he said.

Internode’s Huawei E5832 is not network locked, and supports 3G HSDPA/HSUPA at both 900 and 2100 MHz. 802.11b&g WiFi protocols are supported, and the package includes a rechargeable Lithium battery, USB cable and AC charger.